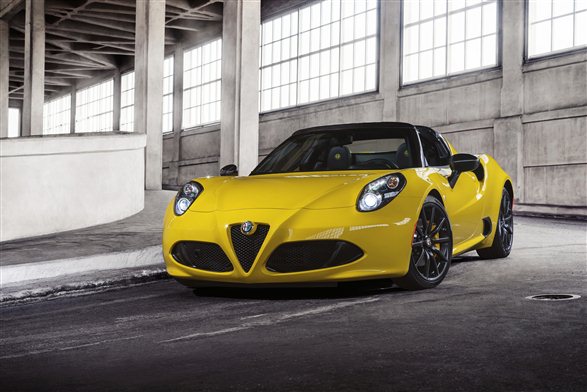 The 4C Spider has been causing a stir since it was presented as a concept in the middle of last year, and it’s good news for those who were excited for the model as the production version has been unveiled today at the Detroit Motor Show.

The Removable roof can either be in the form of a cloth or you can get it in carbon fibre. Carbon fibre is very much a buzz word when it comes to the 4C Spider, the chassis is built using layers of the stuff to help keep the car as light as possible, as the carbon fibre used is actually 3 times as strong as your typical steel even though it is 7 times stronger.

The window frame is also crafted using carbon fibre and there is an option to get roll bars to match. There is a new colour scheme available with the 4C Spider that you can see in the pictures… It is very yellow! We like it, and haven’t seen a cabrioloet look so good in yellow since the Porsche Boxster.